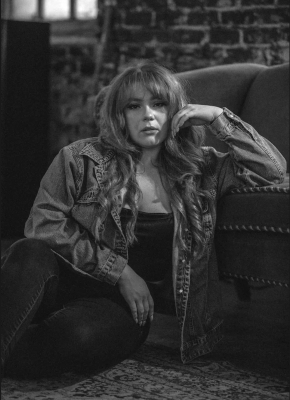 Born and raised in Brampton, Ontario, singer-songwriter Julianna Jones has been crafting her sound for over 15 years. Drawing from influences such as Demi Lovato, Ariana Grande, Whitney Houston, Bruno Mars and H.E.R, Jones has developed a Pop/R&B sound with a rock ’n’ roll undertone. She infuses multiple genres and writes from her personal experiences in life and love, using these tools to carve out her own unique space in the pop community. Including her 15 years in dance and musical theatre, Jones has always had a passion for The Arts, and she continues to prioritize her love for music as a solo recording artist.

Beginning in 2016, she was accepted into Mohawk College’s Applied Music department in the Voice program. This three-year Advanced Diploma gave Jones countless opportunities to promote herself as an up-and-coming talent, like recording at multiple professional studios such as Grant Avenue Studios in Hamilton, Ontario, and networking with dozens of musicians in and around the Greater Toronto Area. It gave her the opportunity to perform for the City of Hamilton at the largest music festival in the Hamilton Area, Supercrawl, in both 2017 and 2019. She also performed at the City of Hamilton run 2019 Canada Day celebration at Bayfront Park. Both City of Hamilton run performances attracted crowds of over 20,000 people. Since graduating from Mohawk in June 2019, she’s had the opportunity to attend multiple networking events such as Canadian Music Week, perform for Music Career Day in Hamilton, as well as be interviewed by CHCH and appear on Global TV.

Jones has performed at almost every Hamilton venue, including Artword Artbar, Corktown Pub and This Ain’t Hollywood. She also performed in Toronto at the Junction City Music Hall. Jones has worked with multiple producers and voice teachers from all around North America, which expanded her connections to outside of the GTA.

Jones jump-started her solo career by releasing her first single, “Stranger”, in January of 2019 on all streaming platforms. The young musician continues building her music career in Hamilton, Ontario, and performing at multiple different events around the GTA. Jones is a vocal coach, teaching privately, as well as at two award-winning Music and Arts studios in the GTA. Jones is consistently networking and growing her professional career, and is currently working on releasing new music and booking up-coming shows as an independent artist.

This entry was posted in Instructor and tagged Vocal.