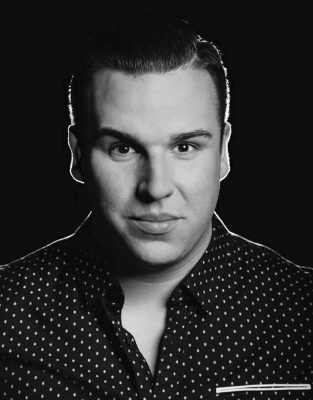 Eric Johnston is a Canadian Stand-Up Comedian, Actor and M.C. A. professionally trained entertainer, he was educated at both Humber College Theatre Arts and the prestigious Vancouver Film School. An agile, high energy and diverse performer, Eric stars in the International Children’s show Splatalot, which is seen on major networks in over 170 Countries around the world, by day, and performs nightly on some of the top comedy stages and Comedy Festivals in North America. The son of Canadian wrestling sensation Bullwhip Johnson, Eric has been performing on stage and screen since he was 6 years old, first as a dancer, and then expanding his repertoire to include all forms of performance…except wrestling. Most recently he was invited to The World Famous Comedy Store in L.A. for the second year in a row where he performed alongside world-renowned comedians including fellow Canucks Russell Peters, Tom Green and Jeremy Hotz. Eric continues to hone his craft as both working actor and comedian. Every day is different for Eric but one thing is for sure, Eric shows no signs of slowing down.

This entry was posted in Instructor and tagged Acting.